Every ten years after the US Decennial Census, state and local governments start the process of redrawing their political boundaries.

This process, known as Restricting, has been happening in the United States since the first US Census was taken in 1790.

The U.S. Census Bureau provides the 50 states, the District of Columbia, and Puerto Rico with population counts to use in their redrawing of congressional and state legisla­tive district boundaries—a process known as “redistricting....” While the states are responsible for legislative redistricting, the Census Bureau provides the most accurate population counts possible for the geographic areas the states need.
-United States Census Bureau

Buffalo is split into 9 different council districts, each is represented by a council person who is elected every four (4) years. The Council Districts are supposed to have approximately the same population in each one, using the current population of the CIty of Buffalo, which should be around 31,000 people per district. It's done this way in an effort to ensure equal representation across the city.

I have to say, the new map has an odd shape to it. 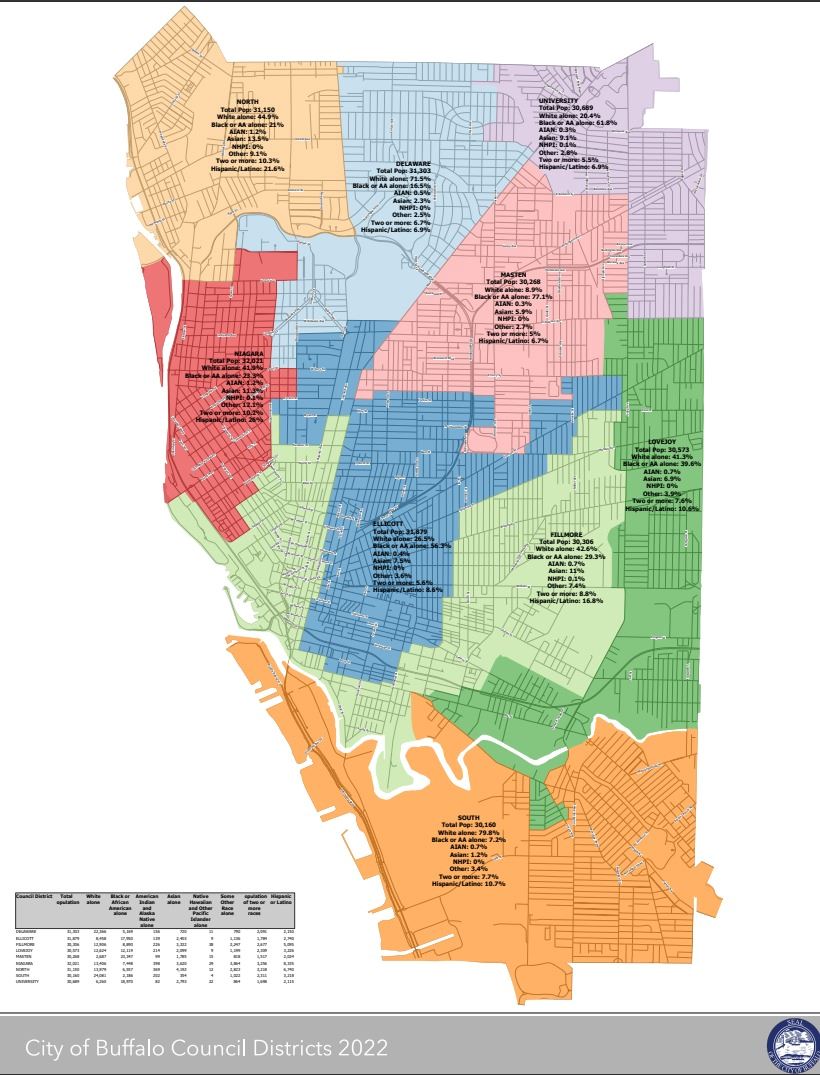 Many have complained that these new maps are proof that the City of Buffalo and its officials are engaging in gerrymandering, or manipulating the council boundaries to favor one party or class.

What do you think about this map? Should the City of Buffalo move forward with it, or should they make some changes?

You can, and should, express your opinion with city officials at the meeting they are holding to discuss this map, along with out issues in this years redistricting process. You can get more information about this meeting here on the City of Buffalo website.

Summer is here, but what exactly are the kiddos going to do for the next 3 months... Here are a few ideas

These Are The 7 Safest Counties In New York State