Spoiler alert spoiler alert after this weeks episode of Empire everyone on social media was freaking out . Is this the end of Jamal Lyon's, well via entertainment weekly.

Jamal Lyon’s days aren’t numbered after all, even though Empire actor Jussie Smollett hinted at his departure via Twitter Thursday.

“I’ve thoroughly enjoyed my time w/ @EmpireFOX. I love you all. Truth. Time 2 make a record & some movies. #Empire,” he wrote, ending the tweet with a rose emoji. 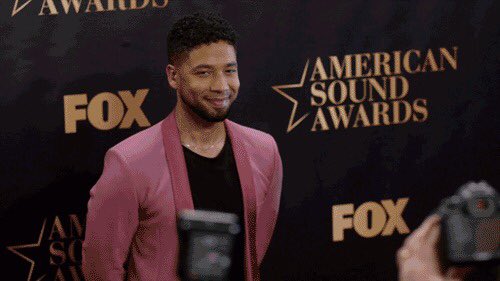 I've thoroughly enjoyed my time w/ @EmpireFOX. I love you all. Truth. Time 2 make a record & some movies.

However, EW has learned Smollett is not leaving the show and remains under contract.

The tweet followed up Wednesday’s cliffhanger episode of Fox’s hit music drama, during which Smollett’s character was shot and rushed into surgery.

As of Thursday morning, more than 2,000 fans had retweeted the message as Twitter users asked what it signaled for his character Jamal’s future. Smollett has been a fixture on the show since its debut in 2015, playing Cookie Lyon (Taraji P. Henson) and Lucious Lyon’s (Terrence Howard) gay son who transforms into a music superstar.

A rep for Smollett and Fox have not yet responded to EW’s request for comment.

I guess we just have to watch next week and find out the old hard way!!!!